The Township of Rochelle Park was originally named Midland Township though to avoid confusion with Midland Park, changed its name on November 5, 1929 by a vote of 503 to 69.  The police department was first established in 1907 when the first ordinances were established to control traffic which was increasing within the township.  Paul M Thiem became the first Police Chief and had seven part-time police officers. Prior to this time a special constable would enforce the laws of the Township along with the Bergen County Sheriff.

During the 1920’s Rochelle Park Police was headquartered in the back room of a corner store at the intersection of Rochelle Ave and Chestnut St and used a motorcycle for patrol.  In 1925 a Dodge Touring Car was purchased for the police department and Rochelle Park (Midland Township) became the first community in Bergen County to patrol by automobile. In 1927 Rochelle Park (Midland Township) added three patrolmen who worked in shifts from 8:00 am to midnight.  No patrols were maintained during the night.  The patrol car had a radio receiver, but no way to transmit messages back to headquarters.

Over 100 years after the police department was first established, Rochelle Park Police has increased in size to a total of 20 full time Police Officers and 4 full time dispatchers.  The police department patrols 24 hours per day, 7 days per week on rotating 12 hour shifts.  Though the times have certainly changed since our first Chief Paul Thiem patrolled the streets of our township, the goal to protect and serve our residents remains the same. 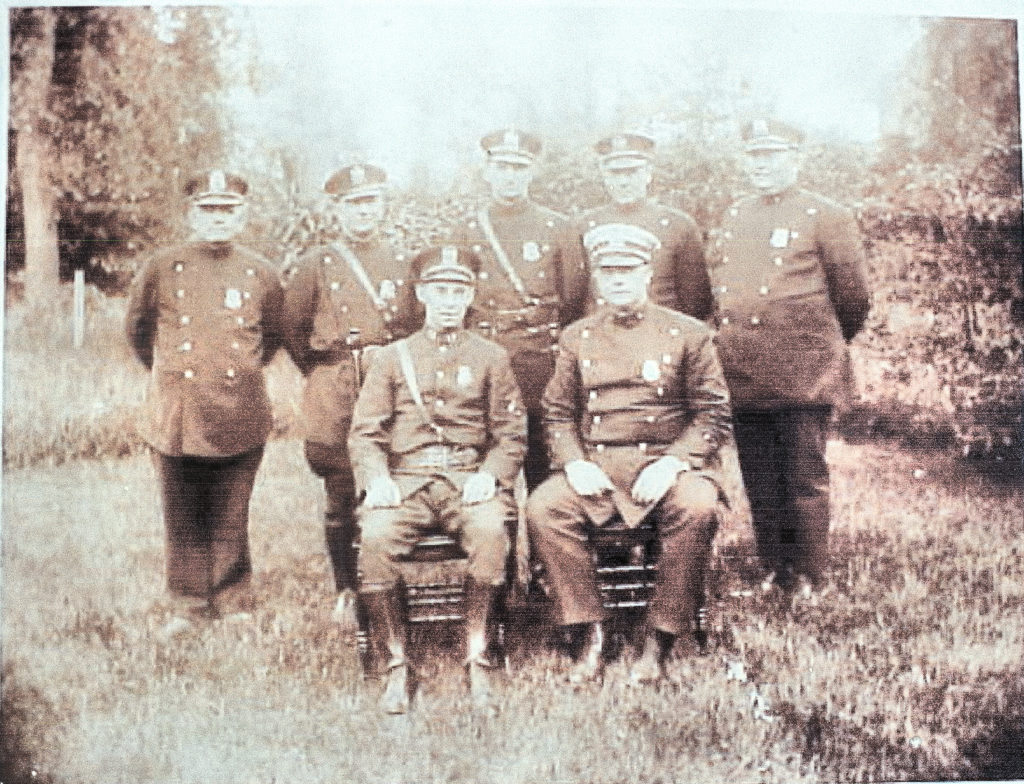